As recent papers show, there are hundreds of malicious code injections and malwares existing in the package managers. Furthermore, these vulnerable packages or files are downloaded by the end users or developers for many times, which causes serious security issues. Many applications are realized by the interpreted programming languages, like Python and Javascript, with a large number of packages and modules. However, there are insufficient discussions about malicious files and related detecting techniques in the area of Python according to the file format. In fact, compiling Python source into bytecode is a necessary intermediate step while translating instructions from source code in human-readable language into machine instructions that your operating system can execute. One of the most important Python bytecode types is pyc. Pyc files will be automatically generated by the interpreter if you import a module in the original Python source, and this operation can speed up the process of importing the module again. Pyc programs are compiled binaries, and it will be updated if the source code file is updated, which ensures that these bytecodes are up to date for execution. During the compilation, lots of information will be removed, so the binary code will not include these features. At the same time, some new information will be added, like the version of Python, the timestamp, and the size of binary code in bytes, etc. The new information and the format of the whole binary file are vital for us to detect whether this program is malicious.

There are four tools we use to detect the malware in the first step. To decompile these Python bytecodes, we utilize uncompyle6 and decomple3. Uncompyle6 can handle Python bytecodes from versions 1.4, 2.1-2.7, and 3.0-3.8 and later PyPy versions. However, there are some problems of control flow that cause bugs in higher Python version. Therefore, decomple3 works better when the Python version is above or equal to 3.7. To disassemble these Python bytecodes, we use the official dis module in Python, and python-xdis. The Python dis module allows to disassemble bytecodes from the same version of Python that you are running on. But python-xdis can handle bytecodes for virtually every release of Python and some releases of PyPy. According to different type of cases, we use different methods to analyze.

Ever-increasing over the past decade, a large amount of malware has been written in interpreted languages, such as Python. The low barrier to entry, ease of use, rapid development process, and massive library collection has made Python attractive for millions of developers. Python is becoming more and more popular and easy to learn. As a result, Python will be utilized more in cyber-attacks, and more malicious codes will be discovered in the future. Therefore, we want to detect the malware and malicious codes in Python sources and files. 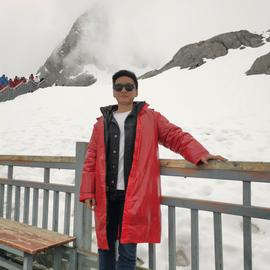 I am a second-year Ph.D. student in the Department of Computer Science at the University of Virginia. I have interests and skills in software system security, program analysis, differential privacy and machine learning.